The film “Taivas ja Helvetti'' (Heaven and Hell”), directed by Riitta Rask and scheduled for release in 2021, is a biography documentary following the completion process of the opera “Love Is Strong As Death” by the legendary composer and conductor Kari Tikka. It is also a story of coping with a cancer diagnosis, and a review of Tikka’s 55-year long career as an artist. Now the film is being finalized with crowdfunding, and it’s produced by Teatro Productions.

A biographical documentary about the multitalent of classical music

Exactly one year ago, when cultural spaces around the world were forced to close because of the first COVID19 lockdown, the premiere and performances of the new opera by Kari Tikka were also canceled. In this uncertain and chaotic world situation, the opera production company Teatro came up with an idea to channel these dramatic events into a documentary. The protagonist of the story rightfully became Kari Tikka, who will soon turn 75.

“Although the roots of our actions are deep in the performing arts, expanding to documentary productions felt natural. We tell stories, but now also in a different form than from the stage to the audience, says the company's CEO and producer of the documentary,” Kaisa Näreranta.

The director and screenwriter Riitta Rask, who also has a background in the opera industry, was invited to lead the film project. In her hands the idea was refined into a multi-level portrait of Kari Tikka as an artist. The documentary highlights a strong, music-devoted artist personality as well as an unyielding and warm-hearted nature.

“Our first meeting at Kari Tikka's home was very memorable. The atmosphere there was so loving, full of hope and faith for the future, even though new symptoms had emerged from his previously reversed pancreatic cancer, director Riitta Rask says.

Tikka, who initially started as an oboist, aimed to become a conductor, and immediately after graduating, his career took off at a brisk pace, eventually leading to a 40-year career as a conductor at the Finnish National Opera. Tikka's compositions have been widely performed in Finland and abroad, and his works include more than 300 solo and choral songs, a wealth of chamber and orchestral music, and six operas. The documentary follows how, even in the midst of challenges, Tikka manages to complete his latest opera, Love Is Strong As Death, and it premiered in October 2020.

Finalizing the film and bringing friends together

The film is now progressing to the post-production phase and more funding is needed for editing and post-production work as well as the publishing of the documentary. The new Finland based platform FundYou was chosen as a partner for crowdfunding.

- The development of our media productions has been possible e.g. with the support from Business Finland, but also our own contribution has been significant. The documentary has also received funding for The Finnish Music Foundation. Now we invite all art lovers to join the project, Näreranta says.

By participating in the crowdfunding campaign, you support art documentary film production, but above all, it enables Tikka’s audience, colleagues and friends to participate in a unique, shared birthday gift. Tikka's 75th birthday will be celebrated in April, but unfortunately celebrating him in a physical event will not be possible. With the documentary, the birthday celebrations will stay with him for a long time.

The documentary is scheduled for completion in the spring of 2021 and its premiere is scheduled to take place during the summer, taking the possible COVID19-restrictions into account. In addition to live performances, the documentary will be presented online on the LiveStage.fi platform.

By participating in this crowdfunding campaign, you support the making of a culturally significant documentary. Above all, you’ll have the chance to become part of Kari Tikka’s birthday gift. See the campaign website FundYou crowdfunding platform.

Read more about the film. 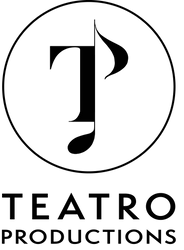 Teatro Production Oy Ltd is a production company founded in 2014, focusing especially on classical music events and performances as well as media productions. The company organizes productions both as its own ventures and in cooperation with 3rd parties. In 2018, Teatro Productions launched an internationalization project aimed at promoting the export of Finnish opera expertise, as well as increasing the international mobility and networking of opera productions and artists. The project is called International Opera Company Finland (IOCF). The project has developed significant foreign networks and started exporting and leasing productions abroad and from abroad to Finland.

In the spring of 2020, Teatro Productions set up a website that allows streaming and ticket sales of classical music concerts, LiveStage.fi, to serve especially free-field operators to make it easier to distribute streaming and recordings of performances with an easy option of ticket sales.

Subscribe to all the latest releases from Teatro Productions Oy by registering your e-mail address below. You can unsubscribe at any time.