An exhibition about the life’s work of Alvar Aalto’s wife and talented designer Elissa Aalto is to open at Design Center PROTO in Oulu in January. The public opening is at 17:00 on Thursday, 19.1.2023.

The year 2022 marked a hundred years since the birth of the architect Elissa Aalto (1922−1994). To commemorate this, the Alvar Aalto Foundation produced the Architect Elissa Aalto touring exhibition of the life’s work of this gifted, determined designer. It sheds light on Elissa Aalto’s public and private role in the everyday life of Alvar Aalto’s architect’s office and alongside her famous architect husband. The touring exhibition started off at Lappia Hall in Rovaniemi in September 2022, and went on to two Alvar Aalto cities, Alajärvi and Tammisaari, in the autumn. The exhibition to be shown at Design Center PROTO in Oulu on 20.1–11.2.2023 has been produced as a collaboration between the Alvar Aalto Foundation, the City of Oulu cultural environment working group, SAFA Architects of Northern Finland and PROTO – Designers’ association of Northern Finland. It is part of the programme of the Architecture and Design Days 2023 festival.

Executive Director of PROTO – Designers’ association of Northern Finland, Hanna Rauma, is happy that this collaborative exhibition allows highlighting of the northern dimension of design: “This showing of the Architect Elissa Aalto exhibition in Oulu marks an important first step in our cooperation with the Alvar Aalto Foundation, the City of Oulu, and SAFA Architects of Northern Finland. Elissa Aalto’s life story has strong links with northern Finland: she was born in Kemi and graduated from high school in Rovaniemi. The exhibition superbly fits our goal of familiarizing the public with designers, architects and planners with that roots point Northwards.”

Born in Kemi in 1922, Elissa Aalto (née Elsa Kaisa Mäkiniemi) graduated as an architect in 1949. She began working in Alvar Aalto’s architect’s office in the autumn of that same year, when it was working on some sizeable public commissions and several architecture competitions in Finland and abroad. As her responsibilities grew, Elissa was made supervising architect on a number of major building projects, the first being Säynätsalo Town Hall (1949–52). In between working, Alvar Aalto took a liking to his positive, vivacious co-worker, and their courtship led to marriage in 1952.

From the 1950s onwards, Elissa Aalto led the construction of the campus of Jyväskylä College of Education (now the University of Jyväskylä, 1951–71) and, being fluent in French, was put in charge of the building project for Maison Louis Carré (1956–65), a private house near Paris. She became a partner in Alvar Aalto Architects early on. In the following decades, Elissa Aalto was closely involved in the construction of the Nordic House culture centre (1962−68) in Reykjavik, Iceland, and in the interior design of the Finlandia Hall concert and congress centre (1962–75) on the shores of Töölönlahti Bay in Helsinki. Over the years, she developed into a skilled interpreter and mediator of Alvar Aalto’s ideas, a role that was accentuated when maintaining contacts during construction projects.

Elissa Aalto’s own architecture output was to be relatively small. Projects known to be her own, independent designs include the SOS Children’s Village in Tapiola, Espoo (1964–65) and the Villa Hauta-aho (1982–83) private house in Seinäjoki. In the 1950s, she made printed-fabric designs for Artek, such as H55, Pisa and Patio, in which architectural elements were playfully incorporated into geometrical shapes.

Elissa Aalto ran the office in 1976−1994, following her husband’s death, resolutely bringing several unfinished building projects to completion. She took charge of finishing, for instance: the Church of the Cross in Lahti (1969–79), which had long been on the drawing board; Santa Maria Assunta church (1966‒80) in Riola, Italy; and Essen opera house, the Aalto Theatre, in Germany (1959, 1983–88). She also oversaw the construction of Jyväskylä Theatre (1964–82), Seinäjoki Theatre (1981–87), Rovaniemi Town Hall (1963–88) and Lappia Hall (1961–75), thus completing the extensive city-centre plans created by Alvar Aalto.

Elissa Aalto also played a major role as a custodian of Alvar Aalto’s life’s work. She worked alongside Aalto and then as a continuer of his work for 45 years in all, right up until her death. “The numerous projects brought to completion and the series of carefully renovated valuable buildings are permanent landmarks to Elissa Aalto’s life’s work. She played a major role in the discussion about his architectural heritage and the preservation of his buildings, and was a co-founder of the Alvar Aalto Foundation in 1968,” says CEO of the Alvar Aalto Foundation Tommi Lindh. She was behind the transfer of the architect’s office’s drawing, photograph and document collection to the ownership of the Alvar Aalto Foundation, thus keeping it all in one place, and making it one of the world’s rare drawing collections to be preserved intact.

“It is marvellous to get the Elissa Aalto exhibition to Oulu,” says the City of Oulu’s Master Plan Manager Paula Paajanen. At the same time, it allows the spotlight to be put on Alvar Aalto – the planning unit has assembled pictorial material of his Oulu sites to supplement the exhibition. “The general public is not necessarily aware that Oulu has some major Alvar Aalto-designed entities in the Toppila and Laanila industrial areas. Added to that, the built-up estuary area and its fountains that create the city’s identity has been realized according to Aalto’s Koskikeskus city plan. Aalto’s sites are also prominently highlighted in the Cultural Environment's thematic general plan, a draft of which is currently viewable.”

Elissa Aalto’s centenary was celebrated in numerous ways at the Alvar Aalto Foundation in 2022. Studio Aalto in Helsinki showed a small exhibition of her life’s work. To commemorate the occasion the Foundation produced the unique Elissa Aalto 100 product range and published the first book about Elissa Aalto, which sheds light on the life and work of this designer who is relatively unknown to the general public. The book Architect Elissa Aalto is on sale at the Foundation’s museum sites and online from the Alvar Aalto Shop. 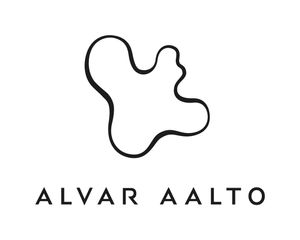 The Alvar Aalto Foundation has received a significant furniture donation from Stora Enso. It comprises a total of 121 free-standing furnishing elements – furniture and light fittings – that were part of the interior originally designed by the architect Alvar Aalto for the Enso-Gutzeit Headquarters office building (Kanavaranta 1, Helsinki, 1959–62).