Press release 9.5.2019. Pitmaster Chris Patons authentic American BBQ restaurant Pit Stop BBQ has arrived to MS Louisiana in Hietalahti Port. Pit Stop BBQ @ MS Louisiana opened its doors few weeks ago at MS Louisiana which is a restaurant boat designed by Sakke Järvenpää. The official grand opening of Pit Stop BBQ will be held later in the Spring. "We want to make sure everything is working as it should before we have our first big party, which this paddle steamer is perfect for. We are missing few little things here and there which will give this place the feel of a real American BBQ restaurant. I have set my bar extremely high when it comes to authenticity and laidback friendly service, as well as self-prepared BBQ from start to finish. It might not win you Michelin (star), except a one you keep between the boat and the port", says Chris with a smile.

Antti Raunio, the CEO of Night People Group, which operates the restaurant boat comments on the new partnership: "Last summer we didn’t find a berth for MS Louisiana until June. For that reason, we decided to give our main focus on the beverage side and serve food that didn’t require much effort. I believe this new partnership will bring the BBQ enthusiasts to Pit Stop @ MS Louisiana through the year. It surprised me that no one has tried the authentic American BBQ as a restaurant concept In Finland even though we Finns love barbecue. On the other hand, you need a guy like Chris to run this type of food restaurant, a guy who is ready to give his all. As an entrepreneur I have great respect for Chris who came to Finland with only extra shirt with him and now owns two restaurants. Naturally we will keep wowing our guests with tasty drinks, one being the popular MS Louisiana Havana Mojito from last summer." Through May Pit Stop BBQ @ MS Louisiana is open from Tuesday to Sunday. During the week we open at 16:00 and weekends at 12:00. "We will expand our hours once we get our staff fully trained and the customers know where we are located", reveals Chris with excitement about the future.

Pit Stop BBQ is a restaurant concept developed by Canadian Chris Paton who came to Finland 18 years ago as a musician. BBQ had always been a passion to Chris but as he was touring in Finland he noticed that there was no real and authentic American BBQ available in Finland. It was four years ago when Chris decided to do something about it. After he had arranged numerous BBQ classes in Finland Chris had slowly become a significant BBQ ambassador in Finland. The next logical step for Chris was to open his own BBQ restaurant in Helsinki. Now, in Helsinki, we finally have the chance to taste the mouth watering briskets that have been slowly cooked for 15-21 hours, pork ribs to other real American BBQ flavors that have been prepared from start to finish by Chris and his staff. Welcome to Pit Stop @ MS Louisiana! 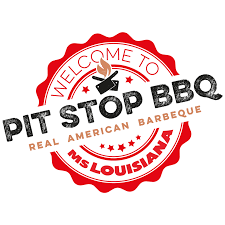 Subscribe to all the latest releases from Pit Stop BBQ @ MS Louisiana by registering your e-mail address below. You can unsubscribe at any time.