International movie production filmed in Tampere, Finland – the thriller Abyss stars Tuva Novotny and Peter Franzén (CORRECTION 09.09.2022 at 17.30: name of the cinematographer has been corrected)

Tampere’s AV industry continues its internationalisation. The Swedish thriller Abyss was filmed in the city in August. Film Tampere, part of Business Tampere Oy has granted the production a City of Tampere production incentive.

The production involved around 35 Finnish working group representatives and more than 100 assistants. The thriller will receive its theatrical premiere in Finland and Sweden in autumn 2023.An international distribution agreement has also been signed for the film.

The cinematographer of the production is Anssi Leino (Sorjonen, Karppi), and the Finn Mikko Tenhunen (Tuntematon sotilas, Helene) is Finnish co-producer.The other filming locations are in Sweden and Spain.

The film is set in Kiruna, Sweden, where mining over many years threatens to collapse the entire town.Events in the film that happen specifically in Kiruna were shot in the Tampere region.Filming has also taken place at the Sandvik Test Mine.

- Tampere is a wonderful filming location.There is a flexible attitude here and the professionals of the region are incomparable.We will surely return to film here in the future,” says SF Studios’ Producer, Joakim Hansson.

- We are really excited that the production chose Tampere.The Hollywood film Dual, previously shot in the city,successfully paved the way for new international productions, and the City of Tampere’s strong strategic intent to develop the AV industry is bearing fruit.Tampere has an abundance of film industry expertise and international quality specialists.These productions are an outstanding place for professionals to further develop their skills,” says Film Tampere’s Development Director, Antti Toiviainen.

SF Studios
For more than a 100 years, SF Studios has been the leading film company in the Nordic countries,with its headquarters in Stockholm and subsidiaries in Norway, Denmark and Finland.SF Studios produces filmed entertainment for the cinema, television and home entertainment,and is also the leading distributor of local and foreign films in the Nordic market..Business areas include Nordic production as well as Nordic and international co-productions, theatrical and home entertainment distribution, international sales and digital streaming services. 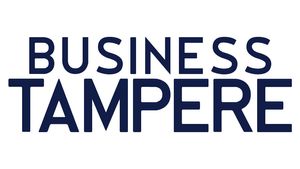 Launching in September 2022, the city of Tampere will host an XR + 5G mmWave Hackathon in collaboration with global technology leaders Qualcomm, Nokia, Elisa and CGI.