According to Professor Giorgio Parisi, president of the Accademia Nationale dei Lincei, the prize was awarded in acknowledgment of Kari Alitalo’s pioneering work on cancer research.

In Western countries, cancer and cardiovascular diseases are among the most prevalent causes of death. Every third adult is diagnosed with cancer in their lifetime, which makes cancer research and novel therapies critical, as currently available forms of treatment are often insufficient or not suitable for all. At the University of Helsinki, Academy Professor Kari Alitalo heads his research group, the Translational Cancer Medicine Program of the Faculty of Medicine and Academy of Finland Centre of Excellence in Translational Cancer Biology, in addition to which he serves as director of the recently launched iCAN Flagship project. As director of the Wihuri Research Institute, Academy Professor Alitalo employs blood vessel, lymphatic vessel and stem cell technologies in investigating better treatment forms for cardiovascular and many other diseases.

Investigators in the research group led by Alitalo have focused specifically on the lymphatic vessel system. Lymphatic vessels have a particularly important role in the spread of metastases in the body in the case of a number of malignant tumours. In its experiments, the group has succeeded in reducing the development of metastases in lymph nodes. At the same time, the growth factors isolated by the group make it possible to culture new lymphatic vessels to replace damaged ones and increase the number of coronary arteries.

Kari Alitalo is among the world’s top researchers specialised in blood and lymphatic vessels.

The Accademia Nazionale dei Lincei, established in 1603, is the oldest science academy in Italy. The academy is located in Rome and named for the lynx, whose acute vision illustrates the precision of scientific observation. The science academy was granted official status in 1871. 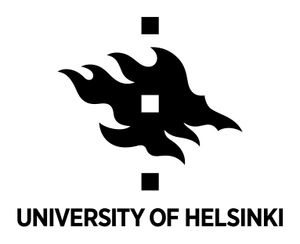 The Helsinki Collegium for Advanced Studies is a home base for international researcher encounters and a pioneer in the humanities and social sciences in Finland10.6.2022 09:00:00 EEST | Press release

The Helsinki Collegium for Advanced Studies at the University of Helsinki celebrates its 20th anniversary on 15 June, with star philosopher Martha Nussbaum as the anniversary speaker.

Globalization, Sustainability and the War in Ukraine - How does sustainability science explain past and future trajectories?31.5.2022 08:54:56 EEST | Press release

In February 2022, the global peace was shattered by the Russo-Ukrainian conflict that escalated into aggressive Russian invasion into Ukraine. While the situation is widely discussed in the media, not much attention has been given to the perspectives of sustainability science.

University of Helsinki's Una Europa AI in Society Massive Open Online Course (MOOC) creates critical awareness of the basics of AI and its related ethical issues as well as its impacts on different sectors of society, including justice and jurisprudence, health care, and democratic participation. The MOOC examines how society could cope with these issues, and how the societal impact and relevant values can be considered in design, implementation, and deployment of AI.

In her doctoral dissertation, Heini Kallio looks for connections between the acoustic features of speech and the language proficiency assessments carried out by humans. The results can be applied to the development of teaching in oral language skills and their automated assessment.