The City of Kokkola wants to further strengthen the role of its port within the national and international network of ports. That is why it is proposing that the Port of Kokkola be included in the European TEN-T core network, which is currently being reformed. According to current information, the European Commission will present its proposal for the new Regulation in November 2021.

The reform of the TEN-T Regulation currently under way is a rare opportunity to rectify shortcomings in the comprehensiveness of the TEN-T network. In Finland, these shortcomings mainly apply to the northern parts of the country. As it is now, the core network that extends to Northern Finland and the new North Sea–Baltic core network corridor does not include a single port, airport or urban node belonging to the core network. The Finnish ports that belong to the TEN-T core network are the ports of Helsinki, KotkaHamina, Turku and Naantali, all in the south.

Why should the Port of Kokkola be connected to the TEN-T core network?

“Expanding the TENT-T core network to Kokkola would underline and further strengthen the port’s role as a pillar of the international network of ports,” says Development Director Jonne Sandberg. “The Port of Kokkola is the largest of the Finnish ports outside the current core network and, in terms of its technical features, the best suited candidate for a new core network port. It plays a particularly significant role as a hub of Finnish export industries and as the regional growth engine of Northern and Central Finland.”

The Port of Kokkola would be an excellent link to the Luleå core network port and a natural addition to the expanding North Sea–Baltic core network corridor, which currently does not include a port in Finland. “Kokkola already meets the criteria for the TEN-T core network as it is, and we will continue to strengthen its infrastructure in line with what is required of core network ports,” says Mayor of Kokkola Stina Mattila.

Background to the TEN-T network

Regulation (1315/2013) of the European Parliament and of the Council issued in 2013 on Union guidelines for the development of the trans-European transport network includes requirements for the TEN-T traffic infrastructure and maps of the TEN-T networks. The guidelines specify the long-term strategy for TEN-T policies, extending to 2030 and 2050. The aim of the guideline proposal is to determine a comprehensive trans-European transport network that encompasses railways, inland waterways, roads, marine and air traffic. This transport network should ensure smooth and well-functioning movement within the internal market, which, in turn, would strengthen Europe’s economic, regional and social cohesion.

In the spring of 2019, the Commission began a review of the Union’s guidelines set in the Regulation with the aim of developing the TEN-T network. According to current information, the Commission will present its proposal for a new Regulation in November 2021, which will launch a reading in the European Parliament and the Council of Europe in accordance with ordinary legislative procedures. 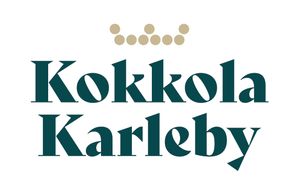 Subscribe to all the latest releases from Kokkolan kaupunki by registering your e-mail address below. You can unsubscribe at any time.