Babies can learn their first lullabies in the womb

An infant can recognise a lullaby heard in the womb for several months after birth, potentially supporting later speech development. This is indicated in a new study at the University of Helsinki.

The study focused on 24 women during the final trimester of their pregnancies. Half of the women played the melody of Twinkle Twinkle Little Star to their fetuses five days a week for the final stages of their pregnancies. The brains of the babies who heard the melody in utero reacted more strongly to the familiar melody both immediately and four months after birth when compared with the control group. These results show that fetuses can recognise and remember sounds from the outside world.

“Even though our earlier research indicated that fetuses could learn minor details of speech, we did not know how long they could retain the information. These results show that babies are capable of learning at a very young age, and that the effects of the learning remain apparent in the brain for a long time," expounds Eino Partanen, who is currently finishing his dissertation at the Cognitive Brain Research Unit.

“This is the first study to track how long fetal memories remain in the brain. The results are significant, as studying the responses in the brain let us focus on the foundations of fetal memory. The early mechanisms of memory are currently unknown,” points out Dr Minna Huotilainen, principal investigator.

The researchers believe that song and speech are most beneficial for the fetus in terms of speech development. According to the current understanding, the processing of singing and speech in the babies brains are partly based on shared mechanisms, and so hearing a song can support a baby’s speech development. However, little is known about the possible detrimental effects that noise in the workplace can cause to a fetus during the final trimester. An extensive research project on this topic is underway at the Finnish Institute of Occupational Health.

The study was published by the esteemed American scientific journal PLoS ONE. The research was conducted at the Academy of Finland’s Finnish Centre of Excellence in Interdisciplinary Music Research as well as the Cognitive Brain Research Unit at the University of Helsinki Institute of Behavioural Sciences. 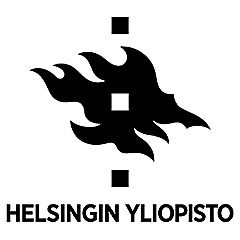 Subscribe to all the latest releases from Helsingin yliopisto by registering your e-mail address below. You can unsubscribe at any time.