Best engineering and technology theses of the year selected

The winners are from Aalto University and the University of Eastern Finland. The best doctoral thesis, master’s thesis in engineering or architecture and master’s thesis in mathematics, physics or computer science of 2022 were awarded yesterday in Helsinki by the trade unions of technology university graduates.

“Doctoral and master’s theses are the ultimate proof that you have mastered your field. But these award-winning works go beyond that and show that top research is being done in Finnish universities. With these awards, we want to showcase the talent of the future that would not get media coverage otherwise. Congratulations to the winners," says Juhani Nokela, Director of Public Affairs at Academic Engineers and Architects in Finland TEK.

The best doctoral thesis of the year in the field of engineering or architecture was written by F. M. Mahafugur Rahman from the Department of Electrical Engineering and Automation at the Aalto University School of Electrical Engineering. Rahman's doctoral thesis is entitled "Weak-Grid Tolerant Control Methods for Voltage-Source Converters". Rahman was awarded an honorary certificate and €7,500 by TEK and Tekniska Föreningen i Finland TFiF.

Rahman's doctoral thesis is topical and related to renewable energy: it presents algorithms needed to connect solar and wind power plants to the electricity grid, among other things. Rahman addresses the challenges of grid stability that arise when a significant amount of renewable energy is introduced into the grid.

TEK and TFiF awarded Inka Lehtimäki the prize for best master’s thesis of the year in engineering or architecture for her thesis "Automatic Video-Based Classification of Convulsive Epileptic and Functional Seizures". Lehtimäki completed her thesis for the Complex Systems major in the Life Science Technologies master's programme at Aalto University. The prize amounts to €5,000.

As the best master’s thesis of the year in mathematics, physics or computer science, the Academic Association for Mathematics and Natural Sciences MAL awarded Elias Vänskä's thesis "Proper Orthogonal Decomposition-Based Model Reduction in Bayesian Estimation of Gas Emissions". Vänskä completed his thesis at the University of Eastern Finland. His major subject was Applied Physics, specialising in Computational Physics. The prize amounts to €5,000. 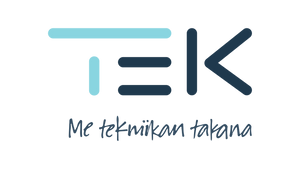 Subscribe to all the latest releases from Tekniikan akateemiset - TEK by registering your e-mail address below. You can unsubscribe at any time.