"The triple threat still has an impact, but also the fact that there has been a lot of discussion about mental health challenges and where to get help. Fortunately, through donations, we have been able to increase the number of crisis workers during the summer, which is why we have been able to answer more calls," Winter says.

In June–July 2022, more than 17,000 calls were answered by the Crisis Helpline, which is twice as many as the summer before the pandemic.

The number of men calling is growing

Men also seem to have found the Crisis Helpline better than before. In June–July, there were over 1,000 more calls from men than in the summer a couple of years ago. For a long time, most of the callers have been young women, but now the proportion of young men has grown.

“Usually, one in three of those who call the Crisis Helpline are men. We have tried to increase awareness among men of counselling and lower the threshold for making contact in a crisis situation," Winter says.

The most common reason for calling the Crisis Helpline in all age groups is feeling mentally unwell, especially due to anxiety. Other issues that come up for the Crisis Helpline include relationship problems, loneliness and self-harm. During the summer, breaks in services due to many professionals taking holidays increase stress for many.

So far, the Crisis Helpline has operated in four different languages: Finnish, Swedish, Arabic and English. The Crisis Helpline will also open Ukrainian- and Russian-language helplines on Friday, 2 September. Both helplines will be open for four hours on working days.

Due to Russia’s war of aggression, about 35,000 Ukrainians have arrived in Finland. MIELI Mental Health Finland wants to offer to them counselling in their own native language. The Russian-language helpline has been planned for a long time as Russian is the most common foreign language in Finland.

"The goal is to make it as easy as possible for a person experiencing a crisis to make contact. In a challenging life situation, it is important to be able to express yourself in your native language without an interpreter,” says Julia Bagrova, the specialist operating the new helplines. 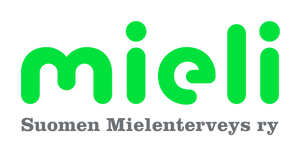 Subscribe to all the latest releases from MIELI Suomen Mielenterveys ry by registering your e-mail address below. You can unsubscribe at any time.