In addition to launching exclusively in Sainsbury’s in January, Beanit has been recruited into the retailer’s Future Brands initiative – a programme that has already given shelf space to more than 120 new producers.

“We’re thrilled to add Beanit to our Future Brands line up. They offer something great for our customers that are either following a plant-based diet or simply reducing their meat intake. The range has some great tasting products and we have really high hopes for the brand,” says Milena Lazerevska, Head of Future Brands at Sainsbury’s.

Beanit has received plenty of international attention recently, signalling a strong global interest in the Finnish fava bean products. Beanit’s innovations were in the spotlight, for instance, at the world’s largest food and beverage fair Anuga, in Germany in October 2019. Beanit’s fava bean pieces were selected at the fair as one of the 65 best food innovations out of 2,300 applicants.

“We have in our hands a combination of several aspects which are in high demand around the world: A food innovation made from clean ingredients, with excellent taste, and which is easy to cook. Also, using fava beans in this way is unique on a global scale which creates a big differentiating buzz for us,” states Verso Food’s CEO Tomi Järvenpää. Besides the taste and easiness of use, being fully plant-based is a big growth factor: “Beanit is the missing link between conscious and delicious”, he adds.

Exports account for a growing share of Verso Food’s turnover. The company’s new production facility in Kauhava is ready to expand its capacity to produce many times more than today to support new market entries.

Last year, Verso Food was acquired by the Norwegian group Kavli, which has enabled quick expansion to several international markets. The UK market is a natural and strong next step for Verso Food in terms of both market size and consumer habits.

“Demand for a plant-based, soy-free protein that tastes great has increased significantly over the last few years, with recent research now indicating that a staggering 14% of the population now follows a flexitarian diet. In addition, there’s millions more following a vegan or vegetarian lifestyle, accounting for another 7% of the customers*,” says Paul Lewney, managing director at Kavli UK, the distributor of Beanit in the UK. “We’re really proud of these delicious protein pieces and protein mince - they’re packed full of flavour and bring something a little different to the plant-based arena. We’re confident that UK consumers will love them just as much as we do.” 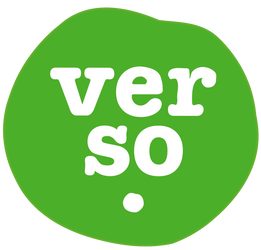 Verso Food Oy was founded in 2010 and is based in Finland. The company is on a mission to produce and develop tasty plant-based foods from Finnish fava beans. Verso Food recently opened a new production facility in Kauhava, Western Finland, and currently employs 30 people. Verso Food’s products are sold under the Beanit® and Härkis® brands.

Verso Food is part of the Kavli Group, which is owned by the Kavli Trust. The Kavli Trust is a charitable organisation based in Norway which supports humanitarian work, research and culture in its home markets and around the world. All profits from Beanit that aren’t reinvested into the business will be donated to these charities and good causes. In 2018 the trust donated over 13 million euros.

Subscribe to all the latest releases from Verso Food Oy by registering your e-mail address below. You can unsubscribe at any time.

Verso Food, the Finnish innovator in plant-based foods, welcomes Kavli as its new owner in order to accelerate its international growth. Kavli Oy, part of the Norwegian Kavli Group is buying the entire share capital of Verso Food Oy. In Finland, Kavli is known for its mayonnaise, processed cheeses and, in recent years, also oat- and soy-based products under the Planti brand. As part of Kavli, Verso Food will be able to speed up its plans to expand to new markets and to new product groups. Verso Food is known in Finland for its Härkis® branded fava bean products, and it uses Finnish fava beans as its main ingredients.