Dubai is the city with the world's highest number of skyscrapers, at over 300 metres high, as well as the tallest building on our planet, the magnificent Burj Khalifa, 828 metres. Dubai is a global centre of commerce and has the world's third largest airport by passenger traffic and the tenth largest port by container throughput. With a history of only 49 years, Dubai's success is unparalleled worldwide!

International media were once again present in large numbers and some even travelled directly to Dubai, as they had done in Monte-Carlo (Monaco). People from all over the world enthusiastically followed the launch of the "G999", a unique electronic system, card device and app in one. The G999 is inspired by the deflationary token economic model, which enables fast payments, micro-fees and a host of other options (including a communication network that guarantees customers unprecedented security and privacy).

Already in the first weeks after the successful launch in the Principality of Monaco, tens of thousands of members have registered and are now part of the successful GS Partners family.

"G999" allows tokens to be stored, traded and used almost simultaneously in a broad ecosystem without depending on intermediaries such as banks or payment processors.

In addition, the system is the first to offer inter-wallet communication, a spam-hacker-free email service and a voice & chat system fully integrated into the platform, which is a technical feat and innovation in this field.

The way this system works was also explained by the GSB technical team in live zoom shots to the enthusiastic audience in Dubai.

Also present was Sophia Thomalla, probably one of the best-known presenters and actresses in the German-speaking world and, since this year, also a blockchain ambassador for "G999".

With the assistance of a 75-strong professional film and video crew in the banking district of Dubai, she plays the lead role in a commercial for the GSB Gold Standard Group. Also with the personal involvement of the Chairman of the Board of GSB Josip Heit. The spot immediately caused a sensation and was also the start of a worldwide campaign for the blockchain project G999. It is and will be shown publicly in New York, Moscow, Johannesburg, Bangkok, Singapore, Toronto, Hong Kong, Sydney, Beijing, London, Zurich, Vienna and Paris.

The commercial first ran in the United States of America, in New York's legendary Times Square, right next to the Reuters Building. The 22-storey Thomson Reuters sign consists of 11 uniquely large, high-resolution LED screens and state-of-the-art technology for full-motion video.

While members of the G999 community who were unable to attend in person due to the pandemic were repeatedly switched live directly into the show to explain the unique innovation and technology, Josip Heit, as CEO of GSB Gold Standard Banking Corporation AG, one of Germany's leading software, IT and blockchain groups, presented the first G999 credit card - made of pure gold - to the participants from all over the world in the hall. 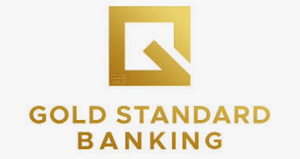 GSB hires Sophia Thomalla as Blockchain Ambassador: Since the morning hours of today, December 8th, 2020, one of the most exciting commercials of the year 2020 has been running in the middle of Times Square in New York. A German is turning the heads of everyone internationally - Sophia Thomalla.