New appointments into the EMD board of directors

Pfäffikon/Switzerland. European Marketing Distribution AG (EMD) announces several changes to positions within its Board of Directors: during the shareholders' general meeting in Stockholm, the Swedish Axfood Manager Johan Neuman was elected vice-chairman. Neuman took the office over from Franz-Friedrich Müller from Markant AG, who retired after many years of actively supporting and guiding EMD as vice-president. Müller will remain member of the EMD management board.

Maniele Tasca will continue to be President of the EMD Board of Directors. Tasca: “We extend to Jaap van Vreden a very warm welcome and we look forward to a fruitful cooperation. Jaap has played a leading role in building up the internationally acknowledged purchasing divisions of Lenta and will strengthen our Board of Directors with immediate effect.”

The EMD Board of Directors comprises now the following members and functions:

European Marketing Distribution AG, with headquarters in Pfäffikon, Switzerland, has been acknowledged since 1989 as an efficient and high-performing partner for Fast Moving Consumer Goods (FMCG) by the consumer goods industries. The leading associated group operates now together with its member companies in 20 countries in Europe, Oceania and Asia.

The member companies of European Marketing Distribution (EMD) are active in the following markets: 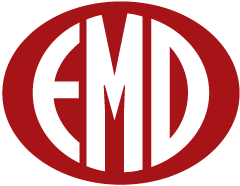 Subscribe to all the latest releases from EMD - European Marketing Distribution by registering your e-mail address below. You can unsubscribe at any time.

· Swede elected new Board President of leading retail alliance · Neuman, with years of broad retail experience from Dagab and the Axfood group, is a private label specialist highly reputed in the industry · Dmitry Bogod from Lenta elected new Board member

- Cooperation will start in the private label business - Global supply chains offer increased opportunities for growth to the distributors and industrial partners involved - retail customers benefit from a larger assortment variety Pfäffikon, Switzerland: The European Marketing Distribution AG (EMD) welcomes a new partner: Homeplus Co. Ltd, Korea’s second largest retailer, is from now on closely cooperating in the sourcing of private label products with the leading European associated group. The agreement signed on Wednesday 23 January in Zürich by Homeplus’ CEO Lim Il-Soon provides also for the option of cooperation in other areas of intercontinental cooperation. - Cross reference: Picture is available at AP Images (http://www.apimages.com) - Homeplus, founded in 1997, is the second largest company in the South Korean retailer market with a turnover of 9.7 billion US dollars (2017). The Homeplus Group owned by the Asian private equity firm MBK Partners operates currently 752 retail ou