In March 2019 Amos Rex is thrilled to present the works of Amsterdam-based artist collective Studio Drift, for the first time in Northern Europe. The exhibition will run from 6 March until 19 May alongside the current Magritte exhibition.

Through film, sculpture and installation art, the exhibition, comprising four works, explores the basic premise from which all living beings operate: single entities attaching themselves to larger contexts. Lone particles are meaningless unless they are part of some greater, more complicated system. As humans we create systems or technologies to gain mastery over our environment to evolve, realize dreams, create a brighter future and on a very elemental level: to connect.

Founded in 2007 by Lonneke Gordijn and Ralph Nauta, Studio Drift work across a range of media, navigating the boundaries of art and technology with great ease. In recent years, their cross-disciplinary art practice has moved increasingly towards large-scale installations that translate complex natural processes into visual poetry.

The centrepiece of the exhibition is Drifter, a utopian vision of a concrete monolith floating silently towards an unknown destination. The literary classic “Utopia” (1516) by Thomas More is a key inspiration for this work. More envisioned a society with gender equality, no private ownership, and where anything that can be imagined can be built with the help of a malleable miracle material. Through the act of imagination More seemed to have anticipated concrete 200 years before it was invented. In questioning our present state and imagining the future we can prompt innovation and change the world.

Materialism, their most recent work, has been extended specially for the exhibition to include new art pieces based on everyday objects of Finnish culture, such as a Nokia phone and a pair of Fiskars scissors. Materialism is an ongoing research project in which Studio Drift explores the everyday ‘made objects’ that surround us, by ‘de-constructing the constructed’.

The press event will be held in Bio Rex. The event does not require registration.

Drifters and Franchise Freedom by Studio Drift as well as a documentary (Cinetree) about the collective are shown every Monday between 4–6 p.m. from 18 March until 13 May. Screenings are included in the museum admission fee.

Afterwork event with film, talk, music, performance and themed drinks. The event will feature the premiere of a documentary on Studio Drift by Cinetree, followed by a conversation between documentarist Inka Achté and Hanna Verboom and Jefta Varwijk from Cinetree.

The evening concludes with a conversation between the curator of the exhibition Itha O’Neill and artists Ralph Nauta and Lonneke Gordijn from Studio Drift.

The event is free and open to the public. Drinks can be bought at the Lasipalatsi bar.

Photos will be available on 5 March at https://amosrex.fi/en/press/.

Studio Drift was established in 2007 by Lonneke Gordijn (b. 1980) and Ralph Nauta (b. 1978). Their visual practice involves light installations and interactive sculptures that speak to the connections between man, technology and nature. Their works are included in the collections of the Rijksmuseum, Stedelijk Museum (NL), Victoria and Albert museum (UK), Atlanta High Museum, San Francisco MOMA (USA) and in numerous private collections. 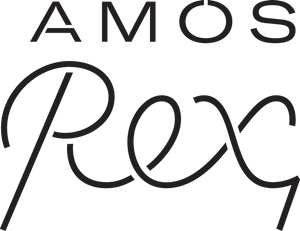 Amos Rex’s Generation 2023 exhibition is the third edition of a triennial presenting art and visual culture by young artists. Through an open call, 51 artists or working pairs were selected for the exhibition. Collectively their works provide an overview of the Finnish art scene, its multidisciplinary nature, and ever richer modes of expression. The open call attracted 528 applications and 1,004 work proposals from artists aged 15-23. Generation 2023 will be held 29 March–20 August 2023.

The Nest is a site-specific installation constructed from reclaimed materials resting on the roof and chimney of Lasipalatsi. The work is part of the artist’s continued work with adding layers and structures to natural and urban spaces around the world. The outdoor exhibition opens on 7 May and runs until 4 September 2022 in Lasipalatsi square, in Helsinki. Tadashi Kawamata is available for on-site interviews in Helsinki on 2–6 May.