Public finances must be strengthened following the Covid-19 crisis

The economists of the National Audit Office assess that Finland's fiscal policy has supported the economy appropriately during the Covid-19 pandemic.

The National Audit Office (NAOF) has published its annual fiscal policy monitoring report. According to the report, the Government's fiscal policy stimulated the national economy appropriately in 2020, the year of Covid-19. However, it will be important in the future to comply with the central government spending limits so that the level of expenditure does not change unexpectedly.

According to the economists of the NAOF's fiscal policy monitoring, fiscal policy should ensure that public finances are strengthened when normal circumstances are restored. Pro-cyclical stimulus measures have been justified in 2021. The fiscal policy planned for 2022, in turn, is counter-cyclical and contractionary compared with this year.

Matthias Strifler, Senior Economist at the NAOF, stresses the importance of assessing the business cycle as comprehensively as possible in fiscal policy-making and fiscal policy analysis.

“According to our cyclical indicator, the economy has recovered this year almost as rapidly as it collapsed in the previous year. Based on current data, this year's fiscal policy is therefore proving to be flexible,” says Strifler.

Fiscal rules are being reviewed

In practice, a bigger role than the statutory fiscal rules is currently played by the objective of bending the growth curve of the debt ratio, set by the Government's sustainability road map. Once the exceptional circumstances cease to apply, the legislation will also guide towards strengthening the public finances in Finland.

The EU is currently considering amending its fiscal framework. The problems with the fiscal rules have included poor compliance with them as well as their complexity and pro-cyclicality.

“The reform of the rules may lead to significant changes to the conclusions, for example, about whether the projected development of Finland's debt ratio will meet the requirements of the rules in this decade. Therefore, the content of the rules has concrete significance for Finland, too – especially now that our debt ratio has grown,” says economist Leena Savolainen.

The escape clause remains in force until the end of 2022. The EU Commission aims to reach an understanding on the rules in good time before the escape clause is deactivated. The European Fiscal Board has even considered it counterproductive if the rules are reinstated without being reformed.

“The network of the EU countries’ national fiscal institutions, to which the NAOF's fiscal policy monitoring also belongs, considers it important to have clear rules that have been proven to be effective by testing. The rules should support debt sustainability,” says Savolainen. 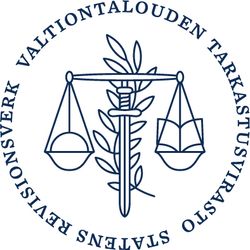 Subscribe to all the latest releases from VTV Valtiontalouden tarkastusvirasto by registering your e-mail address below. You can unsubscribe at any time.