The success of the 2018 Shanghai Cooperation Organization (SCO) Summit brings Qingdao to not only the spotlight of global stagebut also the new starting point of development. To deeply carry out President Xi Jinping’s important instruction of “properly organizing a summit to activate a city and building it into a modern international metropolis” and CPC Shandong Provincial Committee’s requirement for building Qingdao into the province’s bridgehead toward global opening-up and development, Qingdao has launched 15 campaigns, formulated and implemented plans to crack the nuts in its urban development and strive to activate the city and forge a new strategic pivot for the in-depth opening-up in the northern side of Yangtze River since the beginning of this year.

The 15 campaigns represent the top-level design for the city’s development. During the period from April 14 to June 2, a total of 15 defenses in the evenings were held on the plans of these campaigns. Each defense lasted four to five hours with about 700 participants. The defense group made up of municipal leaders and persons in charge of relevant departments introduced the implementation plans consisting of overall requirements, tasks and measures via PPT presentations and video data. Nearly 30 people including municipal leaders, experts, scholars, representatives of commercial chambers, associations and entrepreneurs as well as municipal-, district- and department-level directors submitted questions or gave suggestions. The defenses streamlined the tasks, reasons and methods through brainstorms to drive people at all levels to shoulder the responsibilities of policy formulation, increase the systematicness, entirety and collaboration of policy formulation and implementation, improve the reasonableness, prudence and stability of public policies, and cultivate the cadres’ ability to face the mass and media.

The conclusion of the defenses means the start of the campaigns. The implementation plans for the 15 campaigns were modified, improved, and then approved by the CPC committee and municipal government of Qingdao one by one, and publicized on Qingdao Daily as commitments to the society. Prior to the annual sessions of municipal-level people’s congress and CPPCC, defenses on the progress of the plans will be held to facilitate the supervision by the municipal-level people’s congress and CPPCC, the media and the public and boost the full-range transparency of the policies.

Currently, Qingdao is focusing on the campaigns and taking immediate actions. It will consistently push forward the work in a coordinated way, make breakthroughs in reform and development, accelerate the construction of an open, modern, vital and fashionable international metropolis and realize the beautiful blueprint President Xi delineated for the city. 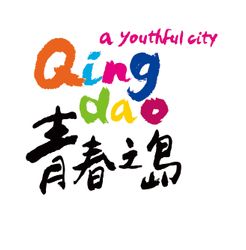 Subscribe to all the latest releases from Stadt Qingdao by registering your e-mail address below. You can unsubscribe at any time.

The governments of Qingdao, Yantai, Weifang, Weihai and Rizhao jointly held the Jiaodong Economic Circle Integration Promotion Conference in Beijing on December 8. The event, themed “Tapping into New Development Pattern and Fostering New Growth Poles”, gathered officials from related national ministries and commissions as well as executives of renowned Chinese think tanks and domestic and international enterprises. It provided a new platform for resource matching and sharing of the dividend from the integrated development of the Jiaodong Economic Circle.

The 2020 list of “Happiest Cities in China” was unveiled at the Happy Cities of China Forum held in Hangzhou, East China’s Zhejiang province on November 18, 2020. Qingdao is on the list.

The three-day Summer Summit of Yabuli China Entrepreneurs Forum 2020, themed “Chinese Enterprises under the Big Test”, kicked off on August 28 in Qingdao, which is hailed as the “city of startups”.

On the afternoon of July 24, the Overall Plan for Building the Demonstration Zone for China-Shanghai Cooperation Organization (SCO) Local Economic and Trade Cooperation was deliberated and adopted at the 9th meeting of the Comprehensively Deepening Reform Commission of the CPC Central Committee.

On the morning of June 28, 2019, Conference on Building a Creative Qingdao was grandly held at Qingdao International Conference Center, attracting more than 500 people including heads of international organizations, experts and scholars from universities and high-profile think tanks at home and abroad. Meng Fanli, Mayor of Qingdao, officiated at the opening ceremony.