The role of stored or farmed snow has become business critical: the women’s alpine skiing world cup will be held at the Levi Ski Resort using the exact same snow as last year. Levi has so far invested almost €0.5 million in snow storage solutions and will invest another €0.5 million in further solutions designed by Finnish pioneering company Snow Secure. Watch the videos how snow is stored and how a snow storage is opened!

Across Central Europe, alpine skiing world cup competitions have been cancelled due to a significant lack of snow. The Levi Ski Resort, however, located in Finnish Lapland, can host the competitions thanks to its secret weapon: stored snow.

“The competition will be held with pretty much the same snow as last year,” says the commercial director of the Levi Ski Resort Marko Mustonen.

...and how a snow storage is opened

This year, in addition to the world cup slope, the “first snow” cross-country skiing track will also be opened using last year’s snow.

“We are opening a brand new skiing lift—Levi Glacier Express—in early December,” says Mustonen. “After the season, the new slope next to the Levi Glacier lift will be stored for next year. In fact, the snow will be there permanently from now on, so we can actually talk about an artificial glacier.”

“Stored snow already plays a business critical role for us,” he says. “It enables us to set a starting date for the skiing season, regardless of weather conditions. In other words, people can book their flights and accommodation without stress, and the local entrepreneurs can trust that clients will be there and the season truly will kick off.”

The 300 snow cannons produce snow when the circumstances are most favourable and energy-efficient, i.e. - 10 °C and less. In these conditions the yield of snow is eight-fold compared to cannoning snow at close to 0 °C.

“We minimise the environmental burden by producing the snow during wintertime, when it’s ecologically optimal,” says Mustonen.

Resorts in Europe seem to be following suit quite rapidly. Former alpine skiing champion Kalle Palander,currently in charge of international sales at Snow Secure Oy, predicts that the markets in the Nordics and Central Europe will skyrocket in no time at all.

“This year has been a real wake up call for the business. Even in the Alps or in Northern Norway, the early snowfall can’t be taken for granted,” he says.

How does snow farming work? The basic idea is simple. The solution relies on 70 mm thick Finnfoam or extruded polystyrene insulation, widely used for building insulation in Finland. The four-metre insulation blocks are connected like an accordion. When opened, it measures 18 metres long and covers more than 70 m2.

While the accordions are neatly stacked during the winter, they’re put to use when spring marks the end of the skiing season and it’s time to store snow. The snow will be stacked and covered with a Snow Secure ‘blanket’.

“On top of the insulation, we add a white geo-textile or a filter fabric to keep it in place,” says Finnfoam CEO Henri Nieminen. “When it becomes wet, it cools the stack as the heat evaporates and this helps further to store the snow.”

As the insulation ability of Snow Secure solution is outstanding, the rate of melting is small compared to more conventional snow storing methods. SnowSecure keeps the snow clean and the crystal structure remains intact. The solution is also easy to use and long lasting; moving, opening and stacking the light insulation accordions can be operated by people and doesn’t require machines. The same covers can be used for decades.

Kalle Palander, SnowSecure, kalle.palander@snowsecure.fi, puh. +358 40 736 6123 (NB. Available for interviews before and after but not during the race) 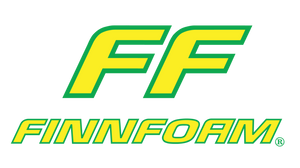