The Snow Queen ice ballet, which was performed at Tampere's Nokia Arena at the turn of the year, has won the Sports Culture Act of the Year Award at the Finnish Sports Gala on January 12, 2023. The award was given in recognition of the extensive work the production has done for the benefit of Finnish sports culture. The Snow Queen united figure skaters, synchronized skaters, dancers, ice hockey players, and performing arts professionals in an unprecedented way. At Nokia Arena, over 32,000 viewers saw the performances over the course of three days, and live broadcast by the Finnish Broadcasting Company Yle on New Year's Eve was seen by 770,000 viewers at its peak.

The Snow Queen ice ballet, produced by Tampere Hall Ltd and Kantelinen Company Ltd, has won the Sports Culture Act of the Year Award at the Finnish Sports Gala, which took place at the Helsinki Ice Hall on Thursday, January 12, 2023. Finland's biggest performing arts production of all time was presented at Tampere's Nokia Arena for five performances from December 30, 2022 to January 1, 2023.

The Snow Queen production has brought together top athletes such as figure skaters, synchronized skaters, dancers, ice hockey players, and the brightest stars of various performing arts in an unprecedented artistic expression. Exercise and sports, which play a central role in the production, are good for both physical and mental health, thus supporting overall well-being.

The CEO of Tampere Hall and the executive producer of the production, Paulina Ahokas, is overjoyed with the award:

"This award is a valuable and great tribute to all of us, more than 500 people, who have been able to work on a world-class scale to create a completely exceptional production. The Snow Queen is a dream that started five years ago. It tells a story about the power of friendship and cooperation and helping those in need, and what could be more meaningful in these difficult times. I want to thank the Finnish Sports Gala from the bottom of my heart and on behalf of the entire team for this recognition."

From Finland to the world

Over 32,000 spectators saw the Snow Queen on site at the Nokia Arena during the three days of the performance. The Finnish Broadcasting Company Yle broadcast the ice ballet live on TV2 on New Year's Eve, December 31, 2022. At its peak, the broadcast reached 770,000 Finns. An average of 300,000 people tuned in to watch the show. So far, Yle Areena's recording has been viewed more than 60,000 times. The recording can be viewed at Yle Areena for six months.

The Franco-German cultural channel Arte has bought the rights to show the recording of the Snow Queen ice ballet on television and in the channel's streaming service. The channel broadcast the show for the first time on Thursday, January 12. Negotiations for an international arena tour are also underway.

"The first production season of the Snow Queen ice ballet is now finished, but from the beginning, we have built the production so that it has a future. This kind of ice performance created for an arena environment is very rare, and therefore the show has great potential in terms of international touring," confirms Paulina Ahokas.

The Snow Queen tells a story about the power of friendship. It dives into the Finnish mythological world and tells the story of Kai, a young boy who is captured by the Snow Queen. Kai's friend Gerda does everything to free his friend from the Snow Queen's clutches. However, at the heart of the adventure is a fight against one's own weaknesses.

Laura Lepistö, Finland's most successful solo skater of all time, made her long-awaited return to the ice with the role of the Snow Queen. The role of Kai was skated by Felipe Montoya from Spain, and the role of Gerda was skated by Silja Dos Reis, who lives in Canada but has Finnish roots. Among the Finnish figure skating stars were four-time Finnish champion Mila Kajas and Finland's most internationally successful ice dancing couple Susanna Rahkamo and Petri Kokko.

Among Finland's most famous ice hockey players, Niklas Hagman, who had a long NHL career, Tappara icon Pekka Saravo, and Jenni Hiirikoski and Marko Anttila, who have also served as captains of the Finnish national teams, participated. Among the masters of different dance styles, Mia-Mari Sinkkonen, who is known from many TV productions, Antton Laine, the world champion of show dancing, and Kiira Kilpiö and Etel Röhr, who also danced in the Eurovision Song Contest, were among others.

The Snow Queen proposes top international talent in every aspect. The ice ballet features an entirely original score composed by one of the most internationally renowned film composers of our time, Tuomas Kantelinen. Director, Reija Wäre, recognized for her outstanding musical and arena productions as well as stunning ice choreographies, is responsible for the direction and choreography of The Snow Queen.

The ice ballet was conceptualized and scripted by Canadian Melissa A. Thompson, who has previously worked as a creative lead of the Cirque du Soleil circus. The ballet’s lighting, staging and video designer is Mikki Kunttu, widely recognized for his international productions including Cirque du Soleil, The Royal Danish Ballet, and the Boston Ballet.

Erika Turunen, whose distinctive signature in costume design has earned her international acclaim in the fields of both dance and opera, has designed the costumes of this production. Makeup designer Minna Pilvinen, who is well known for many Finnish theater, television, and movie productions, is responsible for designing the makeup and hair in the Snow Queen. Anu Oksanen, the coach of Marigold IceUnity, is responsible for the synchronized skating choreographies.

The aim of the Finnish Sports Gala is to raise the appreciation of Finnish sports and exercise in society and to make visible the value and relevance of athletes, background forces, and fans.

At the Sports Gala, awards are given out based on public voting, a large award jury made up of influential people in society, and the choices of sports journalists. In addition to the candidate categories, the Sports Gala awards a varying number of special awards each year, which are not voted on.

The Sports Culture Act of the Year Award is a recognition of a single act or long-term work for the benefit of Finnish sports culture. The recipient of the award can be a person or an organization that has promoted the values or traditions of sport or contributed to the development of its well-being or equality.

Previous winners of the Sports Culture Act of the Year award include, among others, the film The Smiling Man (2016) about boxing, the Susijengi fan phenomenon, and the Olympic Stadium renewal project. 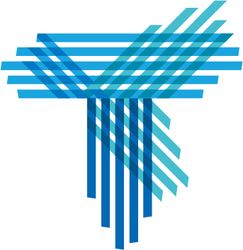