Veikkaus Oy’s financial profit for the period between January and June increased by 2.3 percent

The financial profit of Veikkaus Oy for the period from January to June, EUR 337.7 million, increased by 2.3% as compared with the respective period last year. In the period between January and June, Veikkaus Oy attained a gross gaming revenue of EUR 515.9 million (-2.1%). The subsidiary of Veikkaus Oy, Fennica Gaming, was established in January, and Veikkaus became a consolidated corporation.

Veikkaus from January to June 2022:

The corona restrictions were discontinued in Finland at the beginning of the year, and all Veikkaus arcades and casinos were kept open during the financial period. Only a small number of Veikkaus’ slot machines were closed at the beginning of the year due to the coronavirus epidemic. This was clearly visible in the gross gaming revenue generated by the slot machines, which amounted to EUR 80.4 million (+77.3% as compared with the respective period in 2021). In the first half of the previous year, most slot machines were kept closed for about four months.

– The obligatory loss limits that were introduced to slot machines in 2021 have led to a decrease in the volume of slots gambling. Further, the coronavirus epidemic affected players’ consumer behaviour, e.g., so that people frequent shopping centres less often, which leads to reduced customer numbers especially at the game arcades, says Ms Regina Sippel, Veikkaus’ CFO.

The gross gaming revenue from Veikkaus’ most popular game Lotto, EUR 74.2 million fell by 14.8% in the period from January to June as compared with the respective period last year. The fall was due to smaller jackpots than during the respective period last year and, e.g., the changes in consumer behaviour associated with general insecurity. Eurojackpot’s gross gaming revenue EUR 64.7 million remained at the same level as in the respective period in 2021 (0.0%). The ten-year-old Eurojackpot was overhauled in March 2022, with a new Tuesday Draw introduced besides the previous Friday Draw, and the maximum jackpot was raised to EUR 120 million. The gross gaming revenue was affected most by the introduction of the additional draw and the changes in consumer behaviour.

The gross gaming revenue of the Betting Games product group totalled EUR 62.2 million (-18.5%) in the period between January and June. The decrease was partly due to a new betting platform, which was released in January, posing challenges that affected the customer experience. We have worked to improve the customer experience in different ways, and the work will continue during the rest of the year. Moreover, the gross gaming revenue decreased following the adoption of an annual loss limit of EUR 15,000 covering all the games. In mid-June, we introduced the option for professional players to seek an exemption from the limit, and we believe that it will cut the losses of the gross gaming revenue.

During the first half of the year, Veikkaus got to start new business-to-business operations after the entry into force of the new Lotteries Act.  The subsidiary engaging in B2B operations, Fennica Gaming, was established at the end of January.

– The first experiences of the localized game offerings have been encouraging, and the games seem to do well as part of the game portfolio. High-quality games, a reliably functioning technological service, and first-rate customer cooperation have already received acclaim. Our game portfolio also supports our clients’ own sustainability objectives, says Mr Timo Kiiskinen, Managing Director of Fennica Gaming.

We are actively working to enhance the business operations of Fennica Gaming.

Veikkaus took a major step towards building a safer game environment, as full authentication was introduced to all the slot machines, table games, and Pitkäveto (Fixed Odds Betting). Compulsory authentication also enabled us to extend the obligatory loss limits, which had previously been applied to the digital fast-paced games, to cover fast-paced games at the points of sales (slot machines and table games, excl. the casino games and poker).

– The accumulated data show that players have been actively using the gambling control tools, and that a total of 14,200 self-imposed self-bans covering slot machines were effective in June 2022. The daily and monthly loss limits are hit by 60,000–100,000 customers every month, says Ms Susanna Saikkonen, VP, Sustainability.

According to a survey commissioned by Veikkaus and carried out by the market research company Taloustutkimus in April and May, problem gamblers represented 2.5% of the entire Finnish population (population estimate 104,000 people). The survey shows that the number of problem gamblers has remained at the same level as in the survey made in 2020. Before that, the prevalence of gambling problems was about 3 percent.

Based on the statistics of Gambling helpline Peluuri, the focus of gambling problems has shifted from physical slot machines to slot machines offered in the digital channel. The same trend is also evident in the surveys commissioned by Veikkaus from Taloustutkimus.

– The fact that gambling has moved to the internet poses a challenge to preventive work, as almost half of online gambling already concerns other than Veikkaus games, Ms Saikkonen says. 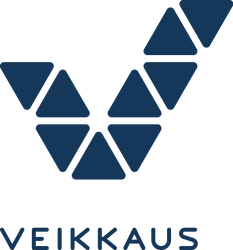 We generate joy through games. We provide experiences and state-of-the-art games, while caring for our customers.We will do anything to keep gaming on the joyful side and to ensure that Finns play with moderation. Nearly all adult Finns have tried our games, and we have about two million Loyal Customers. We are involved in Finnish life in many ways.