Finland must influence and assume more responsibility for reinforcing global food security and the food system. Particular attention must be paid to improving the position of the poorest countries and people and groups living in the most vulnerable situations. This is the view of the Development Policy Committee expert group, whose analysis of the future of food security and food systems was published on Friday.

According to the analysis, Finland should distinguish itself as a country promoting global food security and emphasise the links between themes related to food security as well as new approaches.

A good opportunity to promote “food security diplomacy” is the UN Food System Summit, which will take place in September in connection with the UN General Assembly in New York.

“Finland must play an active role in the summit, so that its end result will stimulate sustainable change and close the inequality gap between food systems. Finland must also commit to implementing the action agenda of the summit nationally and internationally,” the Development Policy Committee expert group recommends.

Finland can also actively influence international organisations and negotiation processes in order to strengthen the role of agriculture in adapting to and mitigating climate change, and to increase awareness and consideration of the importance of biodiversity for food security.

Finland's development policy aims to strengthen the opportunities of people in developing countries to produce and obtain safe, healthy and nutritious food. According to the Development Policy Committee’s analysis, this should also be reflected in funding.

The world's food systems must guarantee food security and good nutrition for the growing global population in such a way that the ecological preconditions for food production are not impaired and susceptibility to food crises is reduced. Globally, food production in terms of calories has remained approximately in phase with demographic development, but nearly 700 million people still do not have enough food. In addition, nearly two billion people eat nutritionally poor-quality food. People in different vulnerable groups are at greater risk of experiencing food insecurity, which is increased by disasters, conflicts and other crises.

The Development Policy Committee is the only entity systematically and extensively monitoring and analysing Finland's development cooperation and policy. The Government appoints the committee for each government term. Its members consist of parliamentary parties, stakeholder and non-governmental organisations and universities in the UniPID network. 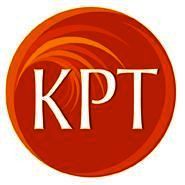 Subscribe to all the latest releases from Kehityspoliittinen toimikunta by registering your e-mail address below. You can unsubscribe at any time.

Development cooperation, humanitarian assistance and peace actions should provide a more efficient joint response to the needs of people affected by crises. Closer collaboration between the various actors is therefore vital. This is the key conclusion of the analysis published by the Development Policy Committee (DPC), in which an expert group consisting of representatives of DPC members analyses the current situation and provides recommendations for the next steps to be taken for further improvements.