The new multipurpose arena has been built over the railway tracks in the core of Tampere, right by excellent traffic connections. Europe’s leading multifunctional sports, business and entertainment arena is supported by state-of-the-art digital technology.

Tampere has in recent years been a model example of a city that ambitiously builds for the future. The summer of 2021 saw the opening of a tramline, and the new multipurpose arena, Nokia Arena opened its doors in December 2021 and can at its largest accommodate up to 15,000 spectators at a concert.

In addition to the newly inaugurated arena, the complex also houses an on-site hotel, the Lapland Hotels Arena. The new hotel offers rooms in different categories, including rooms with a balcony overlooking the bowl of Nokia Arena. And as Tampere is the Sauna Capital of the World, it is only natural, that there is a private sauna in all of 70 of the hotel rooms.

According to Finns, Tampere with its 50 public saunas in the region is the most loved residential and tourism city in Finland.

Tampere is easy to reach

Starting from May 2022 there will be all-year-round direct flights to Tampere by airBaltic from Frankfurt, Copenhagen, Munich and Oslo three times a week and to Málaga and Rhodes twice a week. In addition airBaltic will continue operations to Riga.Tampere-Pirkkala airport will be airBaltic's first non-Baltic base airport. There are also daily flight connections by Scandinavian Airlines (SAS) from Stockholm and by Finnair from Helsinki and several flights a week from Riga. Additionally, there are all-year-round flights from London by Ryanair.

– Tampere's growth and attractiveness have made it the second metropolis in Finland. The only real growth corridor in Finland formed by Tampere and Helsinki continues to strengthen. Now they both provide seamless connections to the world. Direct flights to other European cities ensure the success and development of the Tampere metropolitan area as a center for export industries, the event and experience economy, and research and innovation center of northern Europe. Market-based air traffic is strengthening for the whole of Finland and it is a positive thing for both business and leisure travellers, says Harri Airaksinen, CEO of Business Tampere and Visit Tampere. 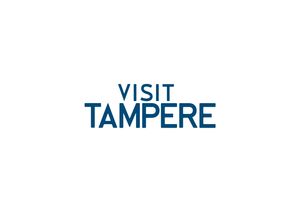 Subscribe to all the latest releases from Visit Tampere by registering your e-mail address below. You can unsubscribe at any time.