50 years since decriminalisation of homosexual acts in Finland

1.2.2021 marks 50 years since homosexual acts were no longer criminal under Finnish law. Friends of Queer History, an association founded in 2020, coordinates the events of the anniversary year as part of a Kone foundation funded project Sateenkaarihistoria näkyväksi (Make Queer History Visible).

- 1.2.2021 marks 50 years since homosexual acts were no longer criminal under Finnish law.
- The association Friends of Queer History coordinates events of the anniversary year as part of a Kone foundation funded project Sateenkaarihistoria näkyväksi
- The association hosts events concerning the history of decriminalisation and medicalisation as well as a program of visiting researchers for schools, among other activities. A number of memory organisations and cultural institutions take part as well.

February 1 in 2021 marks 50 years since the criminalisation of homosexual acts was removed from criminal law in Finland. Even though sexual acts between males may earlier have lead to convictions under the ban on sodomy, the homosexual acts of men and women were explicitly illegal during a period of 76 years, from the year 1894 until 1971. The section of law that criminalised homosexuality remained unchanged during this period but the way society viewed sexuality and sex changed drastically.

Friends of Queer History, an association founded in 2020, coordinates the events of the special year as part of a Kone foundation funded project Sateenkaarihistoria näkyväksi (Make Queer History Visible). The association hosts events concerning the history of decriminalisation and medicalisation as well as a program of visiting researchers for schools, among other activities. A number of memory organisations and cultural institutions take part by holding their own events which will be listed in the special year events calendar on the website sateenkaarihistoria.fi. Additional materials on queer history are collected on the website for media, schools and cultural actors to benefit from as part of their own operation. The association encourages different actors to join by registering their events directly on the web portal.

“The museum field, especially, has been eager to address queer history, each through their own field specific perspective. We have seen rising interest in the attendance to the celebrations of Queer History Month, organised for the first time in 2018 in Finland” says the coordinator of Friends of Queer History Kaura Raudaskoski.

The extended influence of the criminalisation of homosexuality

The period of criminalisation has had an extended influence on Finnish queer history – despite the fact that there were relatively few convictions, especially during the early years of the prohibition, as described in the sateenkaarihistoria.fi blog article by Miikka Vuorela, a researcher specialised in the statistics of those convictions. The times of post-war moral panic and the medicalisation of homosexuality that emerged already in 1930’s contributed later on to the rising number of convictions and created a specific perception of gay men as a threat to the society.

“More harmful than the concrete prison sentences has actually been the fact that sexual minorities were outlawed and largely invisible due to the control imposed by criminal law”, writes Sandra Hagman, who has studied homosexuality during the times of criminalisation,  in her blog article on sateenkaarihistoria.fi.

Changing attitudes in the 1960’s enabled the eventual removal of the prohibition from the criminal law.

As a political compromise, decision-makers enacted higher age of consent for homosexual acts as well as the so called promotion ban which prohibited public promoting of homosexual acts. This Finnish propaganda law stayed in force until 1999, the very end of the millenium. Promotion ban impeded the access to proper information on homosexuality as the media avoided the subject for a long time or abstained from showing homosexuality in positive light.

“During this special year we want to draw attention especially to the transgressions of the gender norms and sexual norms, and the ramifications that followed”, the chairperson of Friends of Queer History, docent Tuula Juvonen clarifies. 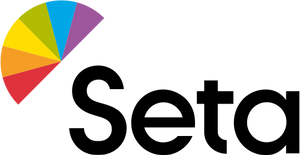 Seta – LGBTI Rights in Finland is a national human rights NGO. Seta aims for a society of equality and individual welfare that includes everyone regardless of sexual orientation, gender identity or gender expression.

Subscribe to all the latest releases from Seta Ry by registering your e-mail address below. You can unsubscribe at any time.